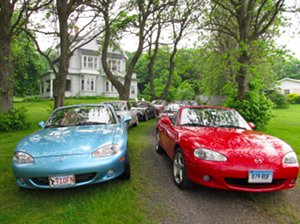 On the 6th day of our Miata trip to Canada our group of 8 Miata’s and 13 members headed to Cape Breton and the Cabot Trail. The rest of the group headed to Magdalen Islands. Our destination for the day was the Silver Dart Inn in Baddeck. It was quite different from the memorable spooky Matthew House Inn in Souris. After a few photo opts we headed to Baddeck. John LaRoche was the leader of this group of eight Miata’s. Having never been there it was all new to us and looking forward to an interesting day. 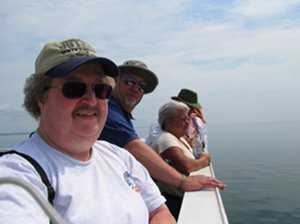 We were driving to the Woods Island Ferry for a short trip to Cape Breton.

We wound our way to the Silver Dart Inn in Baddeck. All 13 of us were pretty tired. 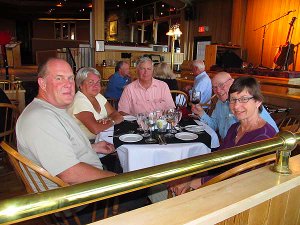 We had a chance to unwind and relax, and have a great dinner and good conversation. Looking forward to the next day of travel.

Next morning we picked up our box lunches and headed to the Cabot Trail. There were numerous opinions about traveling the trail clockwise or counter-clockwise. Our leader “Big John” chose clockwise. 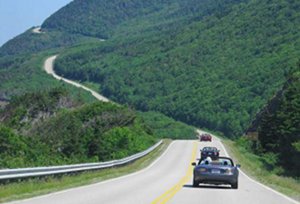 Les presented everyone with CD’s with narrative points of interest and history in the area we would be traveling. They were a good traveling tool. We started on the West Coast. This took us through some French speaking villages and there were beautiful vistas along the way with many opportunities for the group to use their cameras. We stopped at Cheticamp Welcome Center.
Continuing along the trail we encountered many brave souls on bicycles. Had a bicyclist stop for a photo opt of our Miata’s. Continuing on for more breath taking views and pretty good roads. 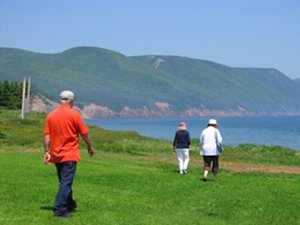 We stopped at Cabot’s Landing for lunch. Nice beaches but not many people. After lunch we headed towards Neil’s Harbor. Part of the group went searching for more photos opt. 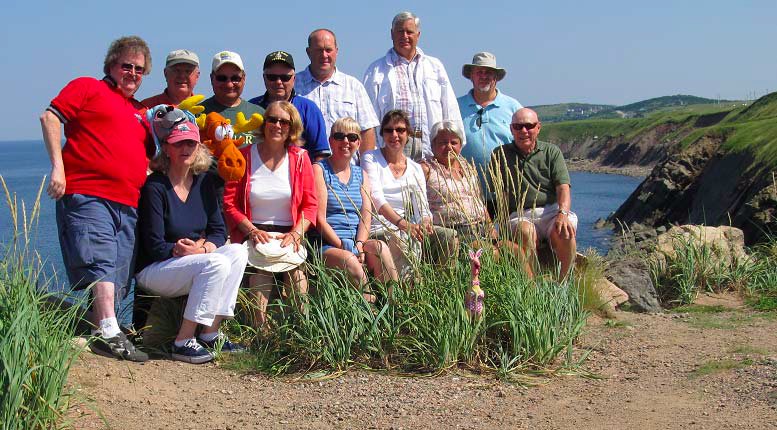 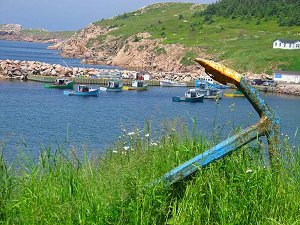 We were reunited at Black Brook. Heading south the group was separated again as some wanted to check out the St . Anne’s Bay area. Rest of us headed back to Silver Dart Inn. Gassed up, washed cars and had another great dinner. It was an interesting trip around the Trail. Ending the day a bit tired but trying to absorb the natural beauty we encountered. Thursday morning we left Baddeck – destination Amherst. We stopped at various spots as we made our way through some rural farm areas. We were all getting hungry and Jane suggested we stop in Pugwash. We had lunch at the Chatterbox Internet Cafe. All pretty full we headed east to do more touring. Arrived in Amherst in time for dinner. Found a place to eat and a Dairy Queen for dessert.

Friday we left and headed to Bay of Fundy. Ed suggested many interesting places along the way to stop and see.

We all stopped at Hopewell Rocks to see the unusual shaped rock formation due to battering from high tide in the area.  You probably have seen these rock formations on travel brochures from Canada. Very distinctive. 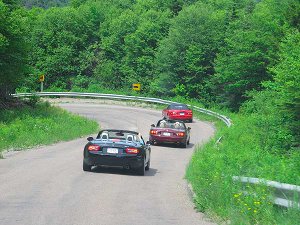 Close to Lunch Les remembered a restaurant overlooking the Bay of Fundy at Cape Enrage. The roads leading up to the restaurant were made for Miata’s.

Lots of curves and hills. Having lunch on the deck of the restaurant overlooking the Bay was spectacular. After lunch we entered Fundy National park our destination was St. Stephens. 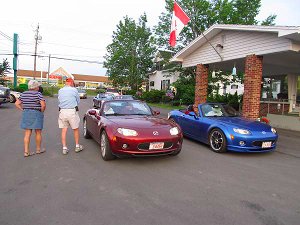 Arrived at the Winsome Inn where we would meet up with the rest of the group that returned from Magdalen Islands. Really good to see our traveling buddies. We chuckled as they attempted to speak to us in French..

After our group got a bite to eat, we returned to the Inn having fun playing in the giant Adirondack chairs. 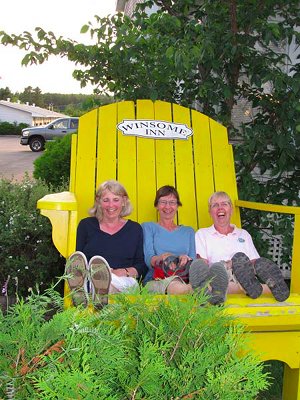 Saturday – Day of departure. It was a stormy morning as we headed home. Some of us left early and some were sleeping in. The weather was perfect the whole week. The laughter was everywhere. Our Miata family agreed the week went too fast. PEI and Cape Breton left us all wanting more. 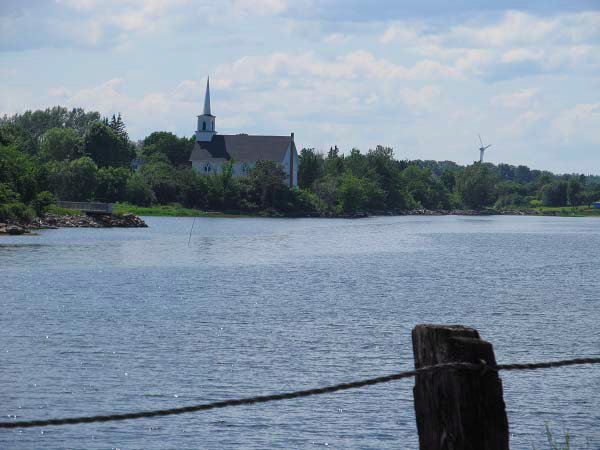 Submitted by John & Liz LaRoche
There are no comments - pitch in!