The flyer for the Fall Foliage Drive ’05 promised: “a ride through beautiful, historic back country roads highlighting some of the most scenic areas of Massachusetts.” In reality it was a cold, rainy, foggy morning over wet roads and the foliage colors were muted. What could possibly save the day? Miata people. The roads were good, the colors were sparse, but the people were great!

On Saturday, October 22, Sixteen Miatas and an RX8 came to Westfield from New York, New Hampshire and other parts of Massachusetts. One goal was to see some foliage, but the primary goal was to enjoy our cars and the company of others. The first stop was the Knightville Dam where we saw the remnants of two weeks of heavy rains encircled by scenic mountains.

The next stop was the Worthington Historical Museum where a large sign welcomed us as we circled our cars on the common. We gathered to appreciate the historical displays and hospitality of the beautiful New England village of Worthington. Coffee, tea and cookies were provided by the Museum, making for a comfortable rest and stretch stop. While others might have been concerned about the lack of sun, Miataites took it all in stride and engaged in friendly conversation while they checked out each other’s cars.

The second half of the ride was several miles of twisty roads traveling through Peru, Hinsdale, Chester, Huntington, Montgomery and Russell, Massachusetts. Although the numbers of “Kodak moments” were reduced due to cloudy skies, visitors could still appreciate the beauty and serenity of this special part of Massachusetts. After three hours of caravanning over hill and dale, we ended at the Westwood Restaurant where we had a private room to eat and enjoy each other’s company.

As the trip leader, I was concerned that people would be disappointed that Mother Nature had not cooperated and given us better weather for the ride, but, as I have done so often in my life, I missed the point! When you drive a Miata (or an RX8), the focus isn’t on the destination or on such petty things as rain or temperature, we save that pessimism for our other cars and other times! We get in the Mazda to have fun; and when you mingle with people of like design, it just enhances the experience. The adage that “Miatas bring out the best of people and the best in people” was proven once again. Thank you to all those who made this a fun day!

This trip had some “newbies” who were on their first group ride and I hope they enjoyed the experience of these great little cars and the great people who own them. If that combination can turn a rainy Saturday into a fun event, just imagine the possibilities on a sunny day! 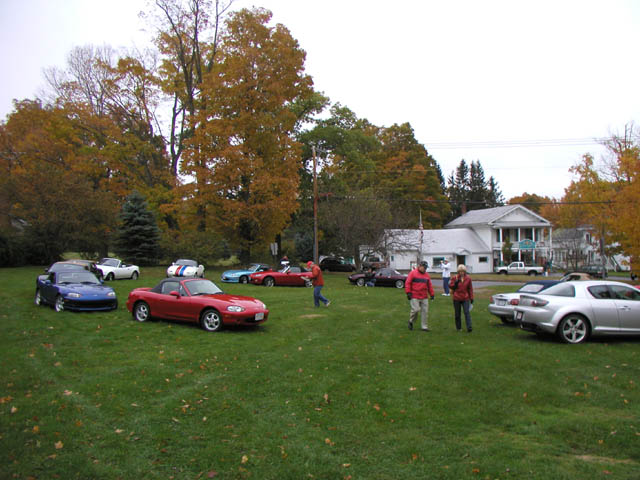 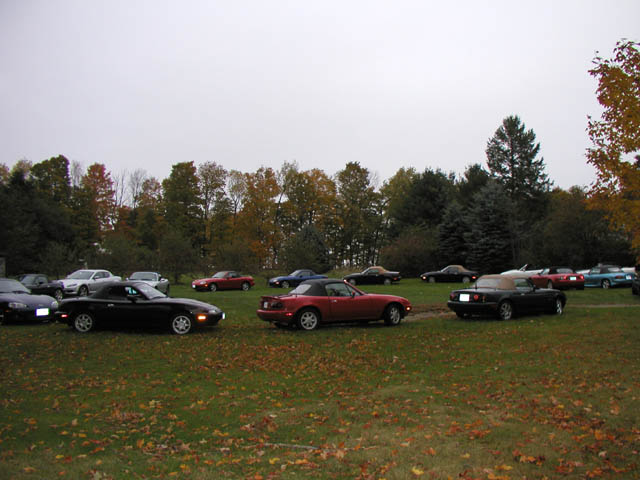