Unfortunately, we couldn’t get away until late Friday afternoon, so we missed the ride from Keene, NH, and the barbecue and social time Friday night.  We arrived at the Green River Inn after everyone had already gone to their rooms for the night.

After a good night sleep and a great breakfast, we headed out on the first leg of Saturday’s adventures, a caravan of 18 Miatas to Fort Ticonderoga for lunch, followed by a brief tour and a visit to the fort museum.

The tour guide was dressed in authentic revolutionary period native American costume, but only enough to prompt Bob later to ask the ladies if they peeked. Al later christened him “Chief That Doesn’t Wear Too Much”. Anyway, the Chief woke us up with a great musket demonstration, followed by an excellent history of the fort. He really made the story come alive.

After some of the ladies made a few final furtive glances in the Chief’s direction, we toured the fort museum, a fascinating collection of period weapons, historical objects and paintings. 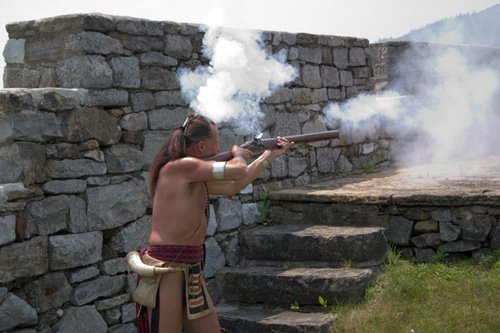 Shortly after 2 PM, we left the fort for a scenic 100 mile ride southwest to North Creek and dinner at Casey’s North restaurant. The food and conversation were both great, as was the 80 mile trip back to the inn, with the brief stop for ice cream and quick fuse replacement for Les’s ailing horn and brake lights.

We closed the evening in the inn’s lounge, sampling various local brews, joking about the Chief’s loincloth, and enjoying each other’s company. 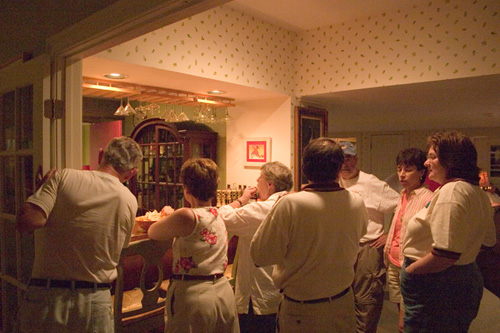 In the inn’s lounge on Saturday night

On Sunday, we had another great breakfast at the inn, gathered outside to take group pictures of the cars and club members. 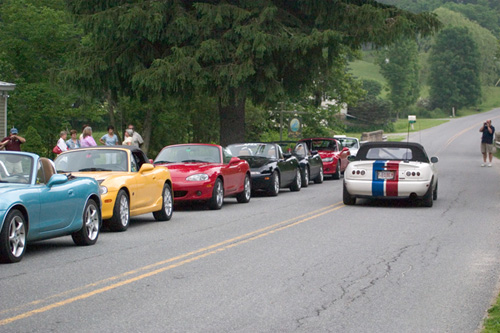 After leaving the mansion, we headed for home, stopping briefly in Bennington to check out the moose before making our way back to Massachusetts. 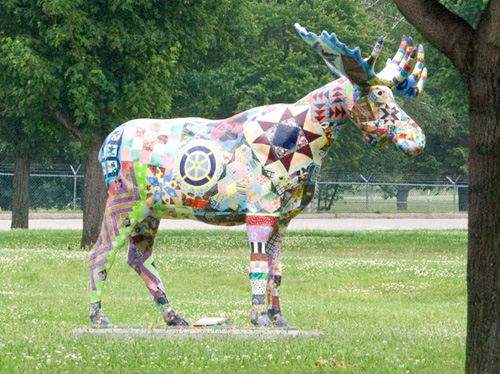 One of the moose in Bennington

This was our first outing since rejoining the club this year, and we were welcomed with open arms. The Green River Inn was comfortable and charming. The inn keepers, Carol and Bob, were perfect hosts. And Al and Sheila’s planning was perfect. The miles of Miata roads winding through scenic beauty, the way everything just seemed to work out, the packets with maps and trip information, and countless other details, all show how much effort went into preparation.

We thank Al, Sheila and the rest of the club for a wonderful time and look forward to many more.